Can I Sue for a Rear-End Collision in Dallas?

Rear vehicle crashes are very common throughout the USA, even a simple miscalculation can cause some damage to the vehicle in front of the distracted driver. Hitting from the rear makes the driver automatically at fault for the event because the duty of care is always on the person driving behind another driver.

Of course, this does not apply in every case, but in general, this is the rule.

Though rear-ending in most cases is not as severe, it can be highly devastating too. Catastrophic injuries are possible and so is serious property damage; the possibility of a fatality in such events is also not that distant. The best way to deal with such cases is to record the evidence at the scene and seeking the legal assistance of competent personal injury lawyers at the earliest.

You're probably wondering if it is possible to sue the other party for their misconduct, and the answer is yes since Texas is a fault state.

Read on to explore the issue further and how a personal injury attorney can help. 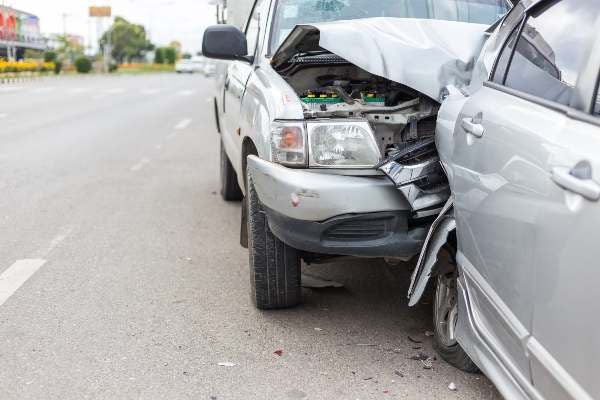 Distracted driving is the main reason behind rear-ending accidents as it is for most other forms of motor vehicle crashes.

Even a split-second distraction can be enough to land the auto accident victim in a world of hurt and suffering, and we know that the instances of distracted driving on the road are as high now as they ever were before, perhaps only more.

Texting, eating, drinking, communicating, petting animals, and engaging in any other activity which distracts the driver from the road will be considered a distraction. Distracted driving more than often leads to rear-ending incidents, but this is not the only reason.

Drunk driving, reckless driving, speeding, driver fatigue, unsafe road conditions (slipperiness), poor weather condition, brake failure, and any number of other reasons can cause such accidents. If you know exactly how the accident happened, then determining the at-fault party will not be that hard.

Of course, in most of the cases, as described above, the careless driver will be the one on the rear.

But you can explore the option of there being multiple liable parties for your rear-end accident claim, for instance, perhaps the road condition somehow made it a severe accident, or maybe the at-fault driver's car was defective.

The possibilities are numerous, so it is best to wait out a couple of days until you get the full picture of your accident injury liability, especially if the case is serious.

Seeking legal consultation from a personal injury lawyer will be very helpful.

Apart from the very apparent property damage which is sure to cost the victim some serious money in vehicle repairs, rear-end crashes can also cause serious bodily injury/injuries. Whiplash is the most common of the lot, it is simply the whip-like jerking of the neck (but a severe injury) that causes serious pain in the muscles supporting that area.

Neck injuries are common because there is nothing in a vehicle that supports this region in the event of a crash. However, traumatic brain injury (resulting from the head injury), spinal cord injury, broken bones, muscle damage, internal organ damage, paralysis, and even amputations are possible.

It all depends on the speed and momentum of the crash, where it happened, whether you had your seat belts on, and several other factors. The point is that a rear-end collision does not necessarily have to be a minor fender bender, it can be much worse than that.

Imagine two hypothetical rear-ending scenarios, in both of which the impact happened with a vehicle traveling at 40mph (initially), with a breaking period of let's say 3-5 seconds, one scenario involves a regular passenger vehicle while the other involved an 18-wheeler truck.

Do you think that the impact would be the same?

Thus the intensity of damage changes with every case, the only thing that remains constant is being hit from the rear. If you've suffered badly though, you'll need ample evidence such as your medical record, doctor's report, police report, medical bills, and all sorts of receipts to make your case. 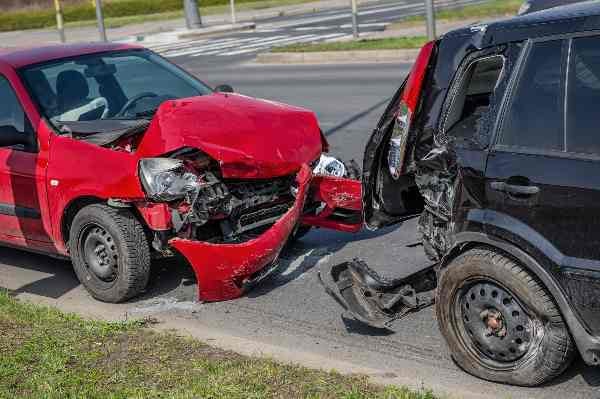 The former will encompass:

As for the non-economic damages, these include:

Your lawyer will not rush things here, instead, they will wait a while, see the extent of the damages, and then sum up the losses, factoring in any future expenses plus the inflation (if those expenses go years into the future, i.e. for therapy). Then they'll multiply the sum with a number between 1.5 and 5, based on the severity of your damages.

This way, your compensation will be fair and adequate.

Can You Sue The Liable Party For Your Damages

While Texas is a fault state meaning that the one who incurred you damages through their negligent behavior must make up for it, but the severity of the damages matters a lot. Most cases settle better with the insurance company, and it makes more sense this way if the damages are not severe.

However, if you received substantial physical damage and property loss then you must keep the option of filing a lawsuit and the right to sue in the picture. Of course, for all of this to be true the rear driver must be primarily or completely liable (i.e. your brake lights were fine) for the damages you received.

You can sue even if you are partly at fault, but no more than 50%.

For moderate cases, though it is best to settle matters via negotiations for your personal injury claim (as per insurance policy), it is simpler that way - only if the liable party is an insurance carrier (or is not an under-insured driver). In any case, filing a lawsuit is not mandatory, you can always rely on your position in the settlement negotiations, especially if you have your lawyer by your side.

The biggest reason for going through a lawsuit in personal injury cases is if the insurance adjuster is being completely unreasonable or unwilling to see things from your side. Even if it is not apparent, adjusters can engage in foul play, to force you to accept a nominal settlement payout.

If you feel that your rights to compensation are being abused, you can turn to the court.

Of course, all of this will take some time, so patience is key.

Then there is the statute of limitations in Texas which applies to personal injury cases as well and puts a two-year time limit on your ability to file a lawsuit (to keep things fair for the defendant driver). Thus whether or not you can sue the other party for a rear-ending case in Dallas, will also depend on how much time has passed since the incident happened.

If you cross the statutory period of time, then your case will most likely be rejected.

Though exceptions do apply in certain cases, it is still better to play by the book.

Can I Sue for a Rear-End Collision in Dallas? What To Expect From Your Compensation

It is very hard, near impossible, for a lawyer to give you an exact estimate of your case's value. But if you do want an estimate, it is best to judge by how much you had to lose because of the accident. The more your losses, the more will be the compensation, in theory at least.

This only applies in cases where you had no share in causing the accident.

Usually, the payout lies around a couple of thousand dollars, this is true for most cases because a rear-end accident is not likely to be serious (stat-wise). But as noted, serious rear-end crashes are also possible and in those cases, the settlement may be much higher, perhaps surpassing the hundred thousand dollar mark.

It is best to get an experienced car accident lawyer to offer their opinion on your specific situation. 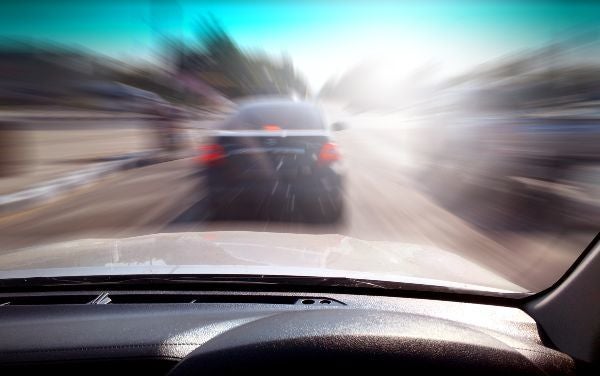 The Glenn Law Firm Will Help You Through Legal Assistance

You're hurt, in pain, emotionally distressed, have lost a considerable sum due to rear-end collision damage, but things will get better. Soon, you'll be able to move ahead and put this whole episode behind you, but before that, you need to get fair monetary compensation.

Don't let your financial worries keep you from calling us because we won't charge you a cent until you've won your compensation. At the Glenn Law Firm, every experienced accident attorney on our team strives to offer as much space and comfort to our clients as they need in such troubled times.

We work on a contingency fee arrangement and don't charge for legal consultation.

Call us today, and let's get started with your case!