Riding bicycles is elegant and noise-free. More and more people, moved by these merits and seeking to improve their fitness, have shifted to bicycling as their preferred mode of transport. However, the roads of Dallas are no strangers to the moans of bicycle accident victims.

Since most motorists are either unaware of the rights of cyclists or choose to be indifferent to them, bicycle accidents have only become more frequent over the past years. These crashes result in serious injuries due to the disparity in the sizes of the cycles and other vehicles.

Things are further complicated by the fact that most cyclists prefer not to wear helmets.

In short: bicycle accidents can get very nasty.

However, things are only going to worsen when you step into a tussle with the insurance company for your personal injury claim, thus necessitating the involvement of professional Dallas bicycle accident lawyers to help you get compensation for your losses.

Why Do Bike Crashes Happen In Dallas? 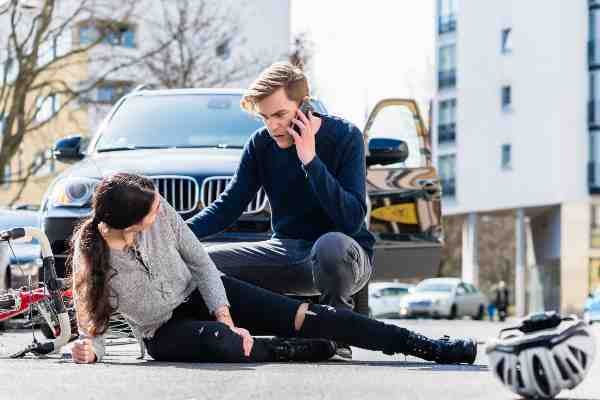 In almost all of the cases, the bicyclist is not at fault or only shares minimal fault in an accident, here are the most common causes of bike crashes in Dallas:

Dooring: This may not look as bad but it hurts like hell. Motor vehicle drivers often open the doors of their vehicles, catching an oncoming bicyclist off-guard who then crashes into the door. This is clearly the fault of the motorist.

Passing & Buzzing: Motorists often show a lack of respect for the legal rights of bicyclists. This is evident by the number of cyclists who were run off the road or hit by cars.

Neglecting Traffic Duties: If the negligent driver fails to notice a bicyclist and cuts through their path, it can lead to dangerous consequences. Such accidents are the most dangerous because the momentum of the crash may be too much for the bicyclist to withstand.

Backing Up: Drivers often back up their cars from their driveways without scanning the street and sidewalk for any oncoming cyclists, and this has resulted in accidents.

In all of the aforementioned scenarios, the other party seems to share at least the majority of the fault, if not all of it. The point here is that since a bicyclist has been wronged, insurers will try to make the victim feel more at fault than they are (if they do share the blame).

This is precisely where you need to ask your legal team to step in and handle stuff for you. Your Dallas bicycle accident lawyers will ensure that the settlement negotiations proceed at terms acceptable to you, guaranteeing compensation for your losses.

Since most bicyclists don't wear helmets, the risk of a traumatic brain injury is ever-present with such accidents. Insurers can try and spin this technicality to find an excuse for lowering the settlement sum, but the truth is that not wearing a helmet does not make you any more or less likely to be involved in an accident, it only affects the degree of suffering.

You can also expect some serious bruising, scraping, lacerations, broken bones, muscle damage, spinal cord injury, and so on. In the severest cases, bicycle accidents can and do result in wrongful deaths, permanent disabilities, disfigurations, or amputations.

A bicyclist will take the brunt of the force when it comes to such accidents.

Having a competent personal injury lawyer working on your case is one of the primary prerequisites for securing decent monetary compensation from the insurance companies of the at-fault parties.

While money won't reverse the loss of enjoyment in life or refurbish the quality of life after it has been permanently shattered by such catastrophic injuries, it will at least, preserve your financial stability.

What Should Bike Accident Victims Do After A Crash?

Bicycle crashes can be extreme but if you can, then you must gather your strength and get back on your feet. There's stuff you have to do:

With all of this done, you should proceed with the settlement negotiations for your personal injury claim, preferably taking your lawyer with you for a meeting with the insurance adjuster. 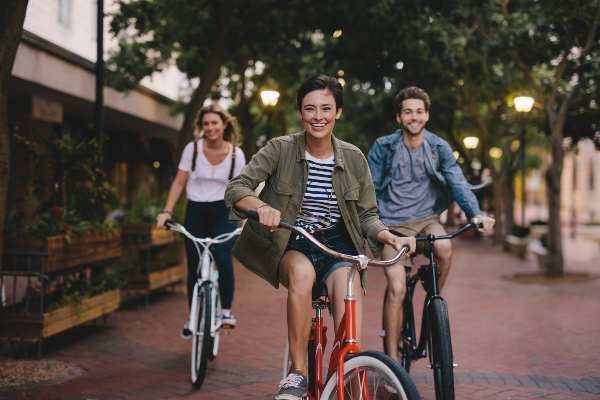 Even if you shared a minor (less than half) fraction of the blame, you must not inch back on your right to securing financial compensation, because the law gives you this right. Any competent personal injury lawyer will tell you that you are entitled to compensation for your economic and non-economic damages, even if you partly share the blame.

Just be sure not to accept an unfair sum, your personal injury lawyers will become instrumental in swinging the balance in your favor.

However, if the insurer refuses to cooperate, you can always walk away and file a civil lawsuit.

The Glenn Law Firm Has Your Back

Bicycle accidents can leave lasting physical, mental, and financial stresses on the victims. While things can't be brought back to the way they were before the accident, and neither can money alleviate your suffering, but a rightful settlement will keep you from bleeding financially.

Insurers can bring up all sorts of excuses and technicalities to cut down the compensation but we are well aware of such cheap shots and know how to land "strike-three" when need be. The Glenn Law Firm has upheld its commitment to serve the best interests of its customers in the past and will continue to do so in the future as well.